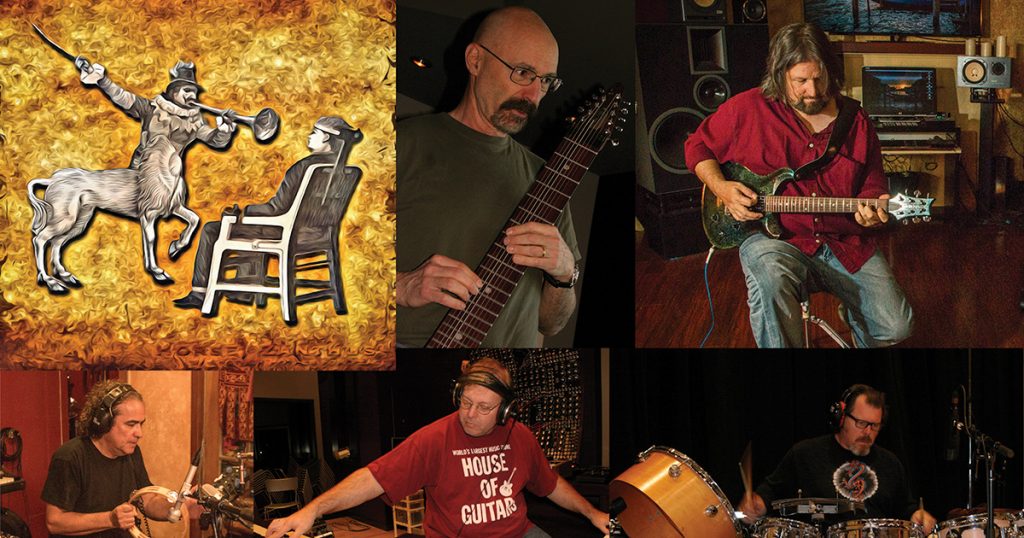 Producer Ronan Chris Murphy puts together all star cast to release his own music.

Los Angeles, CA — Ronan Chris Murphy got his start playing in the 1980s Washington DC hardcore scene and, later, the burgeoning alternative scene. His bands shared the stage with the likes of the Flaming Lips, Iron Cross, Henry Rollins, ALL and more.   By the early 90s he set aside performing to focus on production and engineering where he would become best known for working with cutting edge artists like King Crimson, GWAR, Steve Morse, Bozzio Levin Stevens, and Ulver. In the studio Ronan continued to write and record for other artists and sporadically work on his own material in his down time.

Beginning in 2021 Veneto West will begin releasing a series of his solo projects as well as collaborations with other artists. The series kicks off with two aggressive and experimental instrumental singles from Ronan. “Horse, Zanthus!” is a raucous track that features Ronan on guitar, Tony Levin (King Crimson, Peter Gabriel) on Chapman Stick, Victor Bisetti (Los Lobos) on percussion, Pat Mastelotto (King Crimson, Mr. Mister) on drums  and Mike  Keneally (Steve Vai, Zappa) on Fender Rhodes. The “virtual B-side” is a 90 second disturbing and chaotic collaboration with drummer Terry Bozzio (Zappa, Jeff Beck).

Murphy notes, “I had been working on a solo album with several of my musician friends in my downtime that was becoming overwhelmingly diverse, sprawling and massive. It was starting to feel too daunting to set time aside to finish it, considering all my commitments to other artist’s albums. I made the decision to break the “album” down into a series of modules that would be more manageable. This also has the up-side of making the releases more focused as stand-alone works”

Murphy explains further, “It is hard to say if people will resonate with the music I am releasing. I spend so much of life helping other artists craft their visions, that in my own work I am just indulging myself and submitting to the muse. I am really blessed to be friends with some of my favorite musicians in the world that are willing to help me with that.”

Another Mother For Peace video https://youtu.be/Lhfk7fqsl_I

For more information, promo requests, additional information, or to arrange an interview, contact Liz Redwing at liz@lizredwing.com, or 310-591-4440.